We help our campus recognize the signs of an unhealthy relationship, begin conversations about consent, understand power dynamics present with sexual and partner violence, and support those affected.

Interpersonal violence is the use of force or power (threatened or actual) against a person or group with the intention to cause harm.  It includes sexual violence, partner violence, stalking, and harassment. At its core, is the dynamic of power and control.

Any form of unwanted, unwelcome, forceful, or coercive sexual contact, or any sexual contact that lacks consent. Can also be described by the terms rape, sexual assault, sexual harassment, and sexual abuse.
Sexual violence may be perpetrated by anyone — stranger, intimate partner, family member, acquaintance, friend, etc.

Freely giving active permission for any and all sexual acts. Consent must be ongoing, specific to each act, reversible, and informed. Consent is not present within a relationship in which there is an imbalance of power.

The Consent Is Tea video walks you through the question, “How do I know if they’re giving consent?”

A pattern of controlling or coercive behavior by one person to maintain power and control over another in an intimate relationship. It can be physical, emotional, sexual, economic, or mental. It includes the use of intimidation, threats, and isolating behaviors.

If there is no intervention, the violence or abuse may escalate over time, both in frequency and severity, as shown in the following cycle: 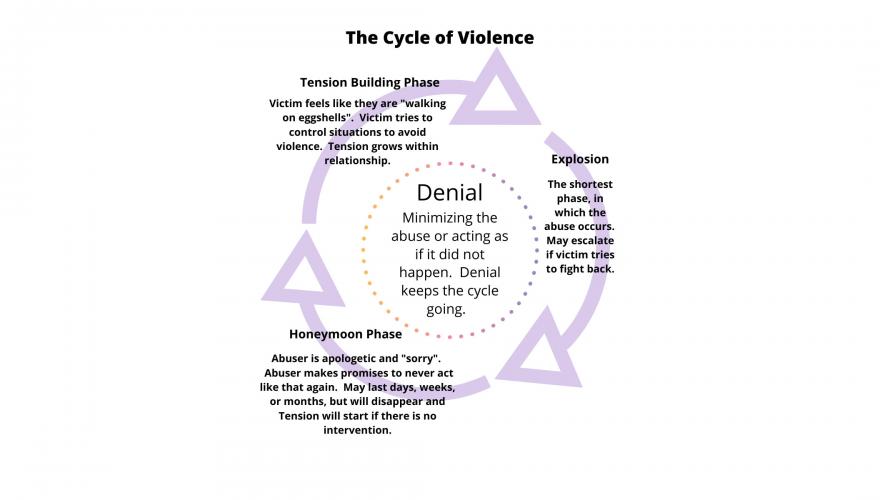 Any conduct directed at a specific person that would cause reasonable fear, to include excessive and unwanted contact on social media, following, manipulation, vandalism, and threats. Stalking can be done by a stranger, but is more commonly done by a former or current partner.

Unwelcome sexual advances, requests for sexual favors, and other verbal or physical conduct/communication of a sexual nature made as a condition of someone’s educational or work status. Harassment creates a hostile, demeaning, or intimidating environment. It can come from anyone, though it is often from someone in a position of authority.

The facts about sexual violence may surprise you, but awareness can help you understand your situation, advise others, or you realize that you are not alone.

Consent CANNOT be given when...

Sexual violence can come in many forms. It affects people regardless of age, gender, sexual orientation, gender identity, socioeconomic status, religion, or race.

It can be difficult to tell when a relationship has become unhealthy. A good indicator can be family and friends — often they can recognize red flags long before the person within the relationship can. If people are expressing fears or doubts about your relationship, be open-minded and try to understand why they have those feelings.

Even if both partners are abusive to each other, it is still partner violence. Sometimes there is not one clear person at fault. Both parties may feel victimized and hurt by their partner. Unhealthy relationships often escalate. Rarely do they ever recover and repair themselves without intervention, or without one partner leaving.

Red flags to look out for in a relationship include:

Concerned about a relationship you are in, or that someone you know is in?

Reach out to VPVA to talk about options, resources and safety planning. To learn more information on safety planning, visit the National Domestic Violence Hotline. 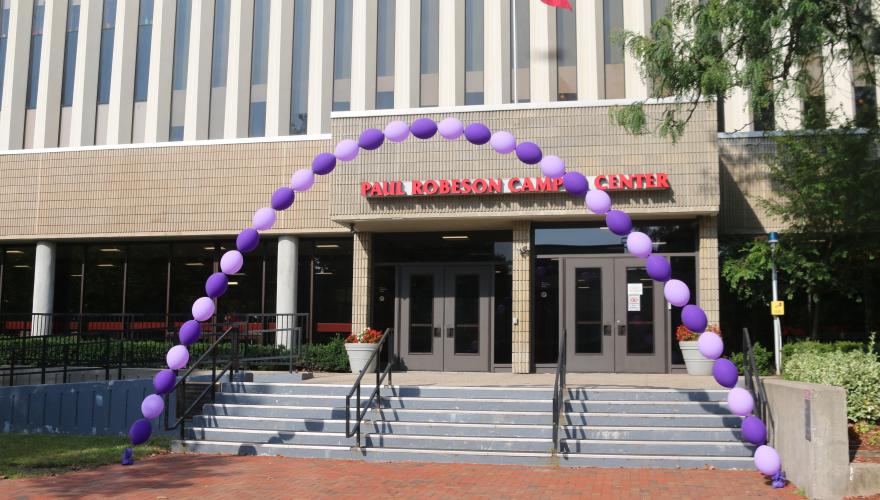